20632: How can traffic times concerning train departure and arrival, differentiating from the operational times be allocated to a train? Are the traffic times transmitted at the RailML export?

In certain cases, trains are to be subject to different traffic times than operating times (for example, to operational relocate, the overtaking by a delayed long-distance train to other stations). Of course, it is possible to deposit traffic times in FBS.

To reproduce the case above, first create a train with the actual operating times. Afterwards you can deposit the traffic times at the appropriate station. There are two ways to choose on how to enter the traffic times: 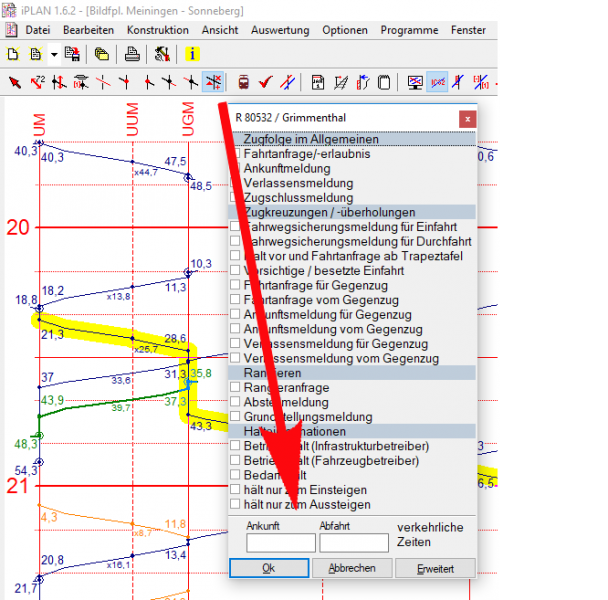 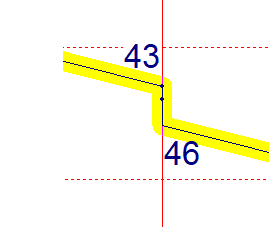 3. In the graphic timetable the departure or arrival time is displayed as a "shifted point" of the arrival or departure time.

Traffic times are exported via RailML during export, so that this type of timetable can also be displayed in RailML.